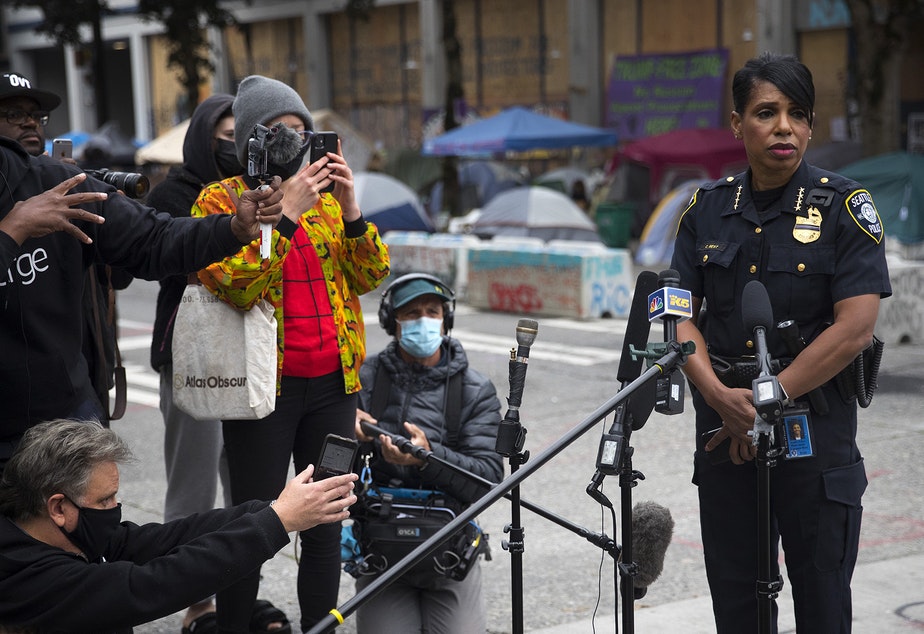 To the People of Seattle:

As we persist through these tumultuous times plagued with unrest and uncertainty, the only glaring consistency has been Mayor Durkan’s inability to navigate us from chaos.

Instead, she’s allowed our illustrious city to become devastated by four civil emergencies, and for the sake of Seattle, we can’t allow her to parade us into a fifth.

As community members pursuing Mayor Durkan’s Recall, we strongly recommend that she be prohibited from hiring a new Police Chief until the conclusion of ours — and other — legal cases against her.

We ask for the public’s support in this recommendation, while also acknowledging Mayor Durkan’s insistence on ignoring community input of any kind, let alone a decision of this magnitude.

Similarly to Chief Best, we also have lofty ideas when it comes to reimagining police, primarily envisioning a Department unburdened by her — or Mayor Durkan’s — detrimental involvement.