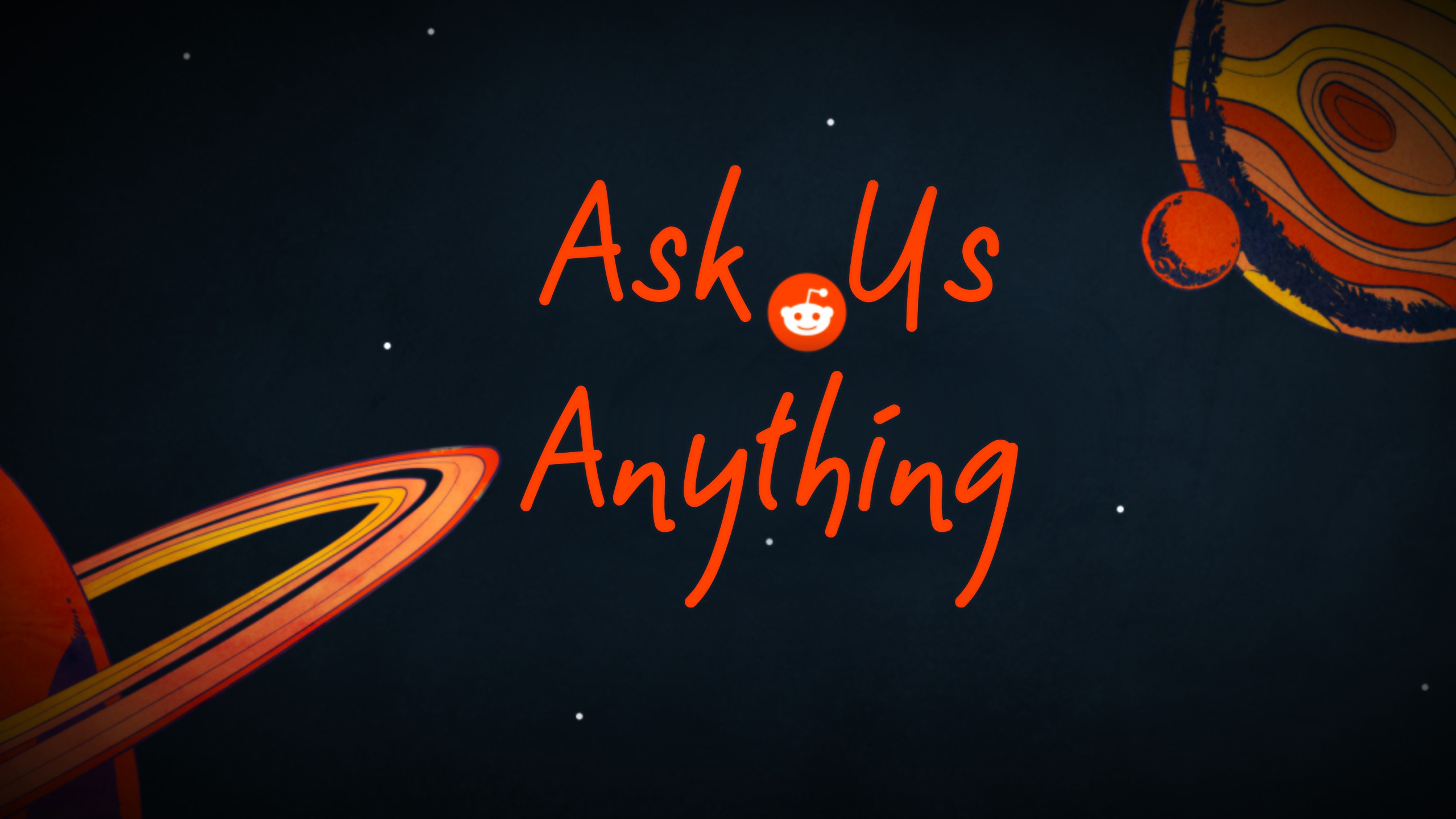 Ask Me Anything With the Campaign

What’s going on right now? I signed the change.org but haven’t seen any petitions yet.

In Washington State, a recall can’t just collect signatures like you can in some other states, you first have to get approval from a judge that you have a good enough reason. Right now, a judge has already said “yes, you can go get signatures,” but Mayor Durkan has asked the judge to change her mind. This means we have to wait for the judge to decide again, and then we can start getting signatures if the Mayor doesn’t appeal to the WA State supreme court.

There has been a lot of back and forth on who is actually responsible for the conduct of the SPD during the protests. How do we pin point legally who is responsible? In most places the major has oversight but Durkan signed off of the consent decree and now states that is the reason she is not responsible? Hard to suss out the truth here in Seattle.

It is really confusing, for sure. If you want to dig into the legal arguments the brief we filed most recently gets into it a lot. https://www.documentcloud.org/documents/6999549-Response-to-Durkan-Motion-for-Reconsideration.html

A lot of things have happened in the last three days that have implications on the consent decree. The bottom line is that we don’t know how the consent decree stuff is going to play out. Here’s how I would summarize the legal responsibility of the mayor:

There’s a primary responsibility the mayor of Seattle has to enforce that law of the city and being the executive.

There’s additional responsibilities that come when declaring an emergency, which she did, to command the police force or direct the chief of police accordingly. These choices are generally defined as “discretionary” until they become “unreasonable.”

With the consent decree, there’s a process in places for approval to policy changes and oversight, which the mayor is trying to say exempts her from final responsibility. It’s ultimately up to the courts, but we argue that because she HAS changed policy without objection, because she can fire the chief of police, and because the City Charter gives her final responsibility, she has a duty to protect the people of her city.

That’s cool, but why? I don’t think the rest of the country would understand the depth of your local politics, so pretend Seattle isn’t the center of the U.S. and tell us why we should think this is cool that you’re doing this.

Collecting signatures to recall a mayor here doesn’t automatically remove them, it triggers a special election where you vote recall yes/recall no. The recall is about the choice to vote now instead of waiting, it’s about forcing the mayor to run for re-election now and listen to the voters now. I can’t control what the voters want, all recall does is make their voices louder.

Yes but why? What is the current mayor doing that is so bad? Those of us not living where you are don’t really know?

Thanks for clarifying. There’s a few answers to this question:

Why did I personally start the recall process? I’m very familiar with the WTO demonstrations and the constitutional violations and the legal and political fallout that followed. I know how the Seattle Police Department is prone to pushing the protests into densely residential neighborhoods, and how residents have been arrested or pepper-sprayed or gassed just for the crime of living there. I saw it coming again, and I knew that recall was an option that people didn’t know was available to them, and I wanted to make it available.

Why do people support the recall? There’s two general groups that I’ve seen supporting the recall. One is generally more conservative, the folks that see what happened with violent deaths in Seattle and things they’ve seen on the news and believe the Mayor abandoned the safety of people in her city. The second group tends to be more on the left, frustrated about the way police are acting towards residents and protesters. This group tends to align with the TRO issued by Judge Jones on 6/12, saying that the actions of the police department were significantly motivated by the content of protesters’ speech. The judge said the police were reacting, in other words.

If you want to do some reading, there are many many declarations of personal experiences that have been entered into court case(s). They describe how people have been physically impacted, someone almost died, someone’s arm was broken yesterday, people have burns and respiratory problems. I had to leave my home because I couldn’t breathe. Infants going to the ER. This seems to be the primary reason people support removing the mayor because she can make this stop and has not, she’s also fighting restrictions on these weapons in court.

What did the Mayor do? What are the charges in the case?

There were seven charges in the first brief we filed, and one was approved by Judge Roberts. The charge that was approved said that the Mayor violated her oath of office/duty when she learned that the Seattle Police Department was using things like tear gas(that irritates your respiratory system) while Covid-19 is a danger to people and didn’t do anything to stop it. (Official language of the charge below.)

“Mayor Durkan endangered the peace and safety of the community and violated her duties under state and local laws and her oath to uphold the federal and state constitutions when she failed to institute new policies and safety measures for the Seattle Police Department after learning of the use of chemical agents on peaceful protesters as a means of crowd control during a public health emergency.”

How is restricting its use to only life safety situations not doing anything? Can you give examples of other cities that have gone further?

There’s a difference between not doing anything and not doing enough. It hasn’t been enough if people in their homes, infants, are physically impacted by chemical agents. A great example of a governmental agency that’s gone further is the Geneva Convention, specifically banning the use of chemical weapons during warfare.

Is there still time to recall the mayor before the next regular election cycle?

I didn’t understand your legal argument on the remaining charge. The question at this point is did the mayor have a duty to act and did she not do so. If I agree with you that the mayor does have a duty (this argument is a total sideshow from both sides IMO), even your filing gives examples of actions she took, even if you disagree with them. But that’s exactly the kind of argument courts consistently reject at this phase because this becomes a political disagreement rather than dereliction of duty. Seems hard to argue that restricting (but not outright banning) a crowd control measure that’s regularly in use around the country is dereliction. How do you justify that?

Covid-19 is a new and present danger, and we’re all learning how to handle it as we go. That’s what makes this situation so unique, and the responsibility and bar for action so high. We’re all in the business of saving lives right now, and if everyone is doing a terrible job that doesn’t justify my failure to, say, wear a mask. Durkan has been specifically appealed to by many many organizations and doctors and voters and elected officials and her own appointees to mitigate the harm to bystanders at the very least, because chemical weapons are reducing our ability to fight this illness. The very least she could do is not make it worse, and protecting the people of her city is the essence of her duty.

But she did take action, maybe not enough, but that’s her discretion. If COVID spread is the reason, would you support a recall petition for her not enforcing a complete lockdown-style curfew or something more extreme? What about the fact that she didn’t mandatepersonal respirators? That’s why this petition seems dangerous to me, and we don’t recall based off of disagreements, but dereliction of duty.
I feel this sets a bad precedent of forcing WA elected leaders to take the most extreme actions as the only basis for avoiding a recall.

I hear you, and honestly, it sounds like you’re someone we’d like to have on the campaign. These kinds of legal precedents are really hairy and there are heavy implications. Fortunately, recall cases generally only create case law for future recalls. I think another precedent that I’m really worried about is this question of an elected official having responsibility for the actions of their subordinates. The case that’s usually cited is In Re Recall of Morrisette, and it draws a distinction between actions of a subordinate with and without knowledge of the elected official. Our case is forcing the court to clarify the issue of intent or direction, and the bar of intent for recall is different than that of criminal intent.

To address your point more specifically, the law does have a lot of protections for elected officials and I’m grateful for that. This case won’t have that much impact in terms of changing the responsibility of discretionary decisions, both because the burden for proving something was “manifestly unreasonable” is high, and because of the recent case, In Re Recall of Inslee. The Inslee recall sets a great precedent that thoroughly protects the issue you’re worried about.

Thanks for doing this! Both the iama as we as the recall effort.
I am pretty certain if it is a matter of signatures, you’re going to get them. I would also like to volunteer so could you also point us to ways in which folks can join/help you?
I also wanted to ask if teargas Jenny’s lawyers have a strong enough case to prevent this from happening like they’re trying?

Thank you! To volunteer: https://www.recalldurkan.org/volunteer-with-us/

There’s two aspects to the legal fight with Durkan. First, the actual petition getting approved and put in front of the voters. I think it’s foolish of me to pretend that the judges, in this case, will be completely unbiased since Durkan was a District Attorney in the Western District of WA. She is deeply politically connected, and that’s definitely something we’re up against. I’m not making any specific accusations, just acknowledging that there’s an existing tradition of politics in the area and Durkan is well-connect.

Second, the recall isn’t a zero-sum game. This doesn’t become successful the moment she’s removed, rather, with every day and every signature and every news article, there’s more political pressure. The more dangerous a recall becomes to Durkan politically, the more she’ll fight and the more momentum will build. I can’t say what will happen next, I don’t know, but personally, no I don’t think they have too much of a case and I think the Supreme Court will see that.

View all posts by Grace
Skip back to main navigation