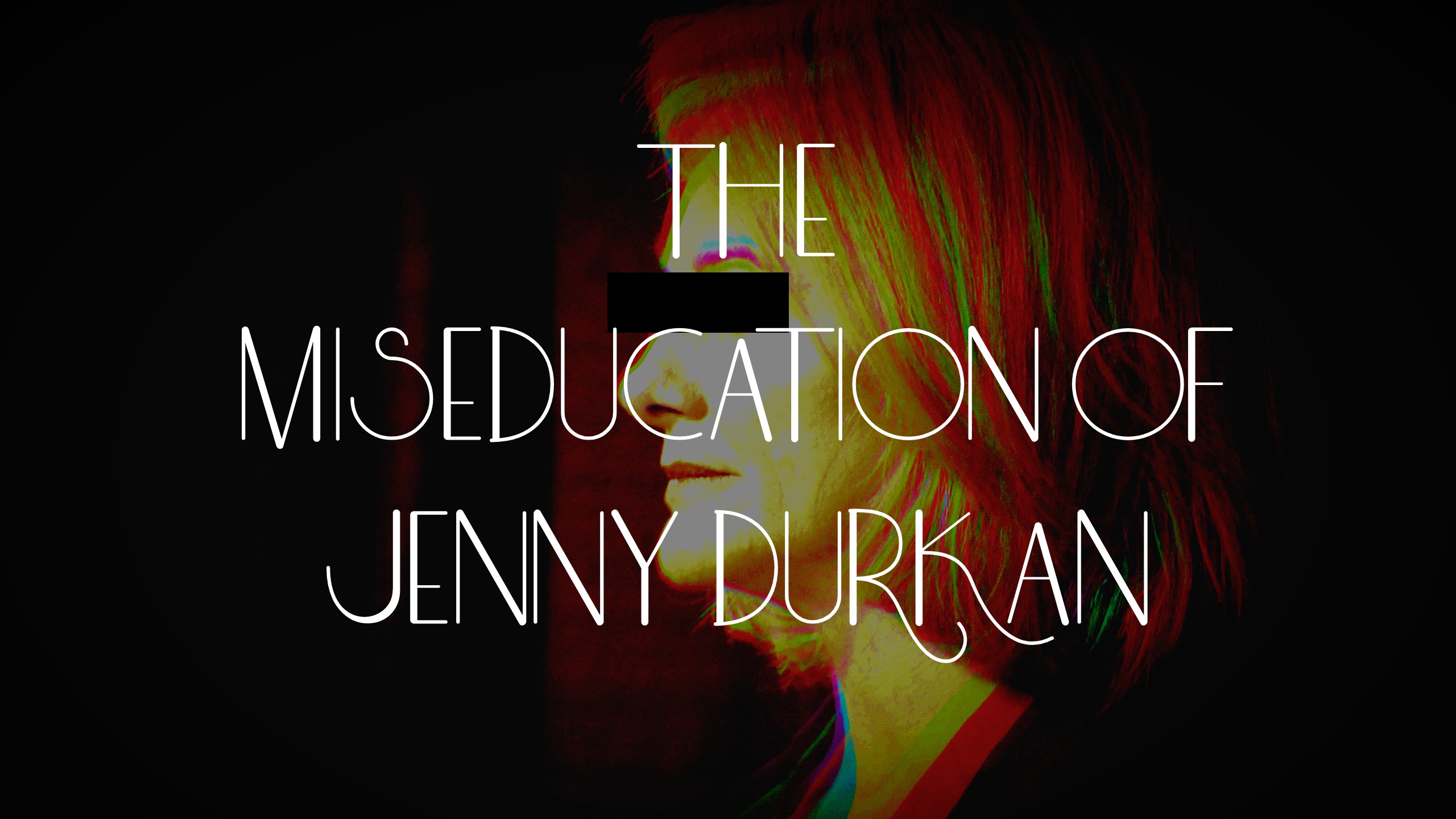 The Miseducation of Jenny Durkan: Part 1

From her extremely privileged upbringing to her self-induced eventual downfall, Seattle Mayor Jenny Durkan has relied on a sordid family history of baiting Black and Brown voters with sugar-coated promises that get exposed as being inedible.

Despite her repeated claims of championing these communities of color — a claim she frequently parrots to remind everyone that she’s with the band — very little has actually been accomplished to advance the voiced concerns of police funding, community development, protesters’ amnesty, and the relentless, targeted Seattle Police assaults on unarmed Black, Brown and Indigenous men, women, and children.

Based on her own standards of leadership, Mayor Durkan has dramatically failed in protecting to uphold these storied communities.

For someone who has it all, Jenny Durkan has done next to nothing with everything on the line.

So the question now isn’t whether or not she cares about Black people, and People of Color.

The question is what happens knowing she no longer has any use for us?

1. she won’t take long to find something she doesn’t like

On a drizzly, overcast afternoon in early June, while the entire world mourns the visible, violent, and vicious deflation of George Floyd in Minneapolis, Mayor Jenny Durkan and her staff attempt to navigate yet another “oh shit” moment.

There’s been a lot of them lately.

Until now — June 2, 2020 — crisis mode for Mayor Durkan has involved mostly “unforeseeable” failures: like the rapid spread of COVID-19 throughout the city, with its resulting economic shrug and slouch; or the ongoing structural issues of the crumbling West Seattle Bridge; or City Council’s progressively socialist voice slowly sounding out their sentences, recognizing their own reflections, occasionally throwing tantrums – going through their “terrible 2’s”.

This oh shit moment would require a master-level amount of cunning and manipulation from one of the most cunningly manipulative minds in the game.

Because long before Jenny Durkan attempted to gaslight the People of Seattle; before she called Black people “colored“; before the Head Tax — or whatever happened there; way before she conducted brutal encampment sweeps during a public health crisis; before she forcibly assaulted one of her Asian staffers, which was after she verbally assaulted another; before she botched the Police Chief succession; before she canceled her once-promised bike lanes; before she defended not one but TWO child molesters; before she raided medical marijuana dispensaries; even before she decided not to press charges against Washington Mutual following the 2008 economic collapse, Jenny’s father — Washington state Senator Martin Durkan — made a damn good career through coercion politics, inadvertently teaching his children — especially young Jenny Anne — the ins-and-outs of protecting corporate interests and family cronyism.

He also taught her the power of piggybacking vulnerable communities, unions, organizations, and groups — bribing them, then riding them to election wins through force — snapping the reigns until these impoverished people buckled from their own weight, collapsing underneath themselves.

That was Martin Durkan’s bread-and-butter.

And we all know how much entitled white guys love bread-and-butter.

As Mayor Durkan steels herself inside the dim confines of the Emergency Operations Center, preparing to face thousands of outraged citizens demanding answers, flanked by members of her tensely silent staff, she directs a very subtle, very disappointed glare at the only other person who understands the gravity and complexity of this moment, the only other person who played an active hand in the un-hatching of this oh shittery.

A look that flashes so briefly, yet so precisely details what can only be described as the face one would make to express disgust, anguish, and self-righteous dependency: apparent burdens of a white savior.

And from a few feet away, Carmen Best recognizes this expression — one she’s received often — and can’t help but swallow her sigh and look away.

2. “a fair bit of fighting for what’s yours”

That’s who I am. A progressive fighter. A fierce advocate. An inclusive leader. That’s who I will be as your Mayor.

– Jenny Durkan, 2017, in her announcement before running for Mayor

Ever since Carmen Best was appointed Chief of the Seattle Police Department, the first Black woman to hold that position — and the first Police Chief in Seattle’s history promoted to the position without ever commanding a precinct — her relationship with Durkan has been problematic to say the least.

Fraught with subtle insults, persistent in-fighting, and simmering tensions rising to a rolling boil, their petty arrogance closely rivals that of Cinderella’s step-sisters; both marveling in their uncanny ability to make almost every situation about themselves.

Best, a nearly 30-year veteran of the Seattle Police Department, was deliberately passed up on numerous occasions to replace then-Chief Kathleen O’Toole.

Cameron McLay — a white man who inherited the racially-biased Pittsburgh Police Department after his predecessor, Nate Harper, a black man, was indicted for tax fraud and conspiracy crimes — lasted only two years in the position before becoming Durkan’s front-runner for Seattle’s Chief of Police.

McLay’s resignation from the Pittsburgh Police simply cited that he had accomplished everything he had set out to do, despite the number of killings in Pittsburgh remaining consistent to when he started.

McLay was also heavily criticized by his fellow officers after a photo circulated on social media of him holding a sign that read:

— which some took as an contradiction to the racism McLay had supposedly already defeated.

Although, in defending her decision of nearly hiring McLay, Durkan said:

We have to push the envelope here in Seattle to make sure not just that we keep compliance (with the consent decree), but that we continue to evolve and improve as a police department and I think Chief McLay will be very good at helping us do that.

Ely Reyes — a mixed-race Mexican-white man — came highly recommended by the various communities of color in Austin, TX, and had overcome the devastating tragedies of losing not only his 22-month-old son to a rare genetic brain disease, but also his 18-year-old son to bone cancer.

Reyes was one of the officers tasked with working with the Department of Justice on an investigation into allegations of racially-motivated excessive force on the behalf of Austin police officers, including a string of deadly shootings.

Much like Seattle’s consent decree, the DOJ provided the Department with a list of provisions to enhance the police’s policies and procedures.

Three years later, the Department of Justice resolved its investigation, after discovering no new pattern or practice of constitutional violations. Federal attorneys were surprised that Austin police had implemented almost all of their recommendations.

Reyes, who was bounced from consideration of Police Chief in favor of Carmen Best, eventually became Chief of Police in Cedar Hill, Texas, where he has helped reduce various crime statistics over his brief tenure.

Durkan’s remaining finalist was Minneapolis Police Inspector Eddie Frizell — a black man with, like Carmen Best, nearly 30-years of experience — who made headlines following his unapologetic small-time marijuana busts that resulted in the arrest of 47 people, 46 of them being Black.

It’s absolutely ludicrous to believe that a black man is going to send his troops out there to target black youth for marijuana.

Minneapolis Mayor Jacob Frey immediately ordered a halt to the practice following public outcry and all charges were dismissed.

After an unsuccessful bid for Hennepin County (MN) Sheriff, Frizell was demoted by then-Chief Janeé Harteau, which Frizell sued over and took to Federal court but the case was dismissed.

Police show up after something has happened, or they’re at stops to check fares or where there have been earlier reports. This is reactive and isn’t prioritizing safety. It’s just enforcement.

The rest of the story is well-documented by local Seattle media: After being excluded from the list of finalists, and subsequently installed as a placeholder until someone better came along, Carmen Best rallied both the SPOG and a number of powerful Black community leaders, including Rev. Harriet Walden, founder of Mothers for Police Accountability, and was “selected” to be Police Chief.

I selected Carmen Best to be the interim chief because I had confidence in her, and I have asked her to stay in that role because I still have confidence in her. We talked on Friday, we talked last night. Obviously she’s disappointed. But she is focused on the future and wants to move forward.

– Mayor Jenny Durkan at the beginning of the selection process

During that time, Durkan intentionally left Best uninformed regarding the future of the latter’s career with the Seattle Police Department.

Durkan repeatedly refused to address Best’s concerns or elaborate on her reassignment within the Department, beyond delivering rambling soliloquies filled with vague details and empty promises. (Sound familiar?)

As their contention continued to create animosity amongst City employees, Best considered quitting the Department and demanded the negotiation of a severance agreement from the City.

After a politely forceful nudge from Spokesperson Stephane Formas, Durkan reluctantly addresses Best’s concerns with one of her patent, long-winded proclamations, this time composed and sent via her iPhone.

It has been brought to my attention that you wrote to my “public” constituents email address about our meeting Friday. (Just a reminder – that email does not come to me.)

Durkan — long to have been known to refer to the ‘e’ in email as evidence — spends the first three-quarters of the message regurgitating policy aspirations and bullet-points, before finally moving onto Best’s “personnel issue“.

However — and, somewhat miraculously — despite many internal concerns of a “too friendly” alliance with former Union Boss Sgt. Rich O’Neill, Best officially became Police Chief over a month later, on August 13, 2018, in “a stunning reversal of fortune that grew out of… an elegant solution to a thorny political problem”.

Although the notion of the selection process was indeed a political one, the elegance of the solution is still up for debate.

In Best, Durkan created a perfectly-primed and prized gelding; a thoroughbred she can ride throughout the Black communities with triumph, as their savior, a champion of civil rights, because in Durkan’s mind, she thought: Look — I made this.

Durkan’s smile-then-stab technique is on full display with her current, careless disinterest in not only the Black Lives Matter movement, but the local Black-led organizations as a whole — from the ones she feigned interest in to the ones she lied about meeting with.

This repeated strategy of racial “shade-to-play” politics is prevalent in not only Jenny Durkan’s career as a lawyer and politician, but also in her father’s career as well; he spent most of his life perfecting this deceptive process to incredible prosperity.

But when Martin Durkan died at Maui Memorial Medical Center on May 29, 2005, ten days after Jenny’s 47th birthday, she chose her career over attending his burial service.

In moments like this, it pays to remember that Jenny Durkan doesn’t do anything unless it personally benefits her or furthers her career.

She didn’t even attend her own father’s funeral.

Do you really think she would’ve gone to George Floyd’s?

In Part 2, we discuss Martin Durkan — Jenny’s father — and his rise to political prominence during the 60s and 70s.

We also delve into Mayor Durkan’s racially-motivated threat of termination towards Carmen Best — which allegedly led to the abandonment of the SPD’s East Precinct.

Excerpt from The Miseducation of Jenny Durkan: Part 2

An Ongoing List of People Dead Indirectly By Jenny Durkan

Matthew Cromwell is a Capitol Hill-based multimedia journalist and the Campaign Manager of the Committee to Recall Jenny Durkan.

Donate to our Committee and support our investigative digital journalism