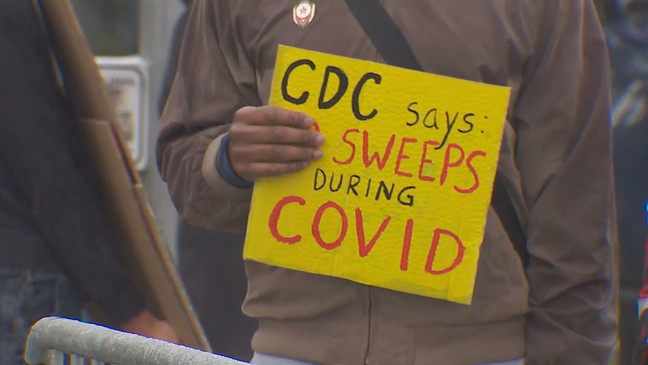 During the COVID-19 pandemic, Durkan continued sweeping homeless encampments, forcing homeless people to leave their campsite and find a different place to live.

Homeless shelters had gone on lock down in late March and had limited capabilities.

The Centers for Disease Control and Prevention had stated that “Clearing encampments can cause people to disperse throughout the community and break connections with service providers. This increases the potential for infectious disease spread.”

Durkan said that these encampments were cleared for the safety of both the people in the encampment and the community, but that the encampments had “shootings, human trafficking and other violent crimes.”

Advocates argued that the homeless were more susceptible to COVID-19 and, given that the homeless in Seattle were also experiencing an outbreak of Hepatitis A, the ability to quarantine in a tent was their best option.

On May 15, Seattle City Council members Tammy Morales, Teresa Mosqueda and Kshama Sawant introduced an ordinance to ban sweeps of encampments during the Coronavirus pandemic.

Durkan objected to the bill and no agreement was reached by the council.

The bill is not expected to receive enough votes to pass, and Deputy Mayor Mike Fong told the Council that the bill would be vetoed by the mayor because: “Fundamentally we simply don’t believe that this particular issue with regard to encampment removals is something that should be legislated.”